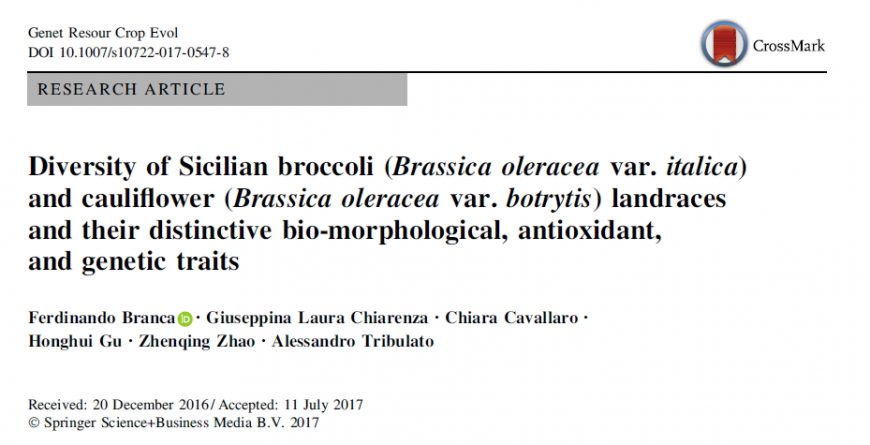 During the domestication process of broccoli and cauliflower, a number of evolutionary pathways have been traced that established themodern cultivars of both crops. Over the time, the high level of similarity between the two crops generated confusion about the classification of the landraces and of the related types and forms. With the aim to offer new parameters to delineate discriminant traits between the two crops, we characterized a set of broccoli and cauliflower landraces and F1 hybrids, traditionally grown in Sicily, an important evolution center for both crops, on the basis of biochemical and biomorphological parameters. In addition, to confirm the genetic diversity, microsatellite analysis was performed using 5 SSR primers. A large diversity was detected on glucosinolate, anthocyanin, carotenoids, total polyphenols, and ascorbic acid content, which could be used as phytochemical descriptors for their traceability. Moreover results highlighted a wide variability expressed by the landraces in terms of biomorphological and genetic traits. Microsatellite analysis allowed to classify the genotypes of the experiment into five groups. All Sicilian landraces resulted clustered into distinct groups, while a relatively high confusion was detected for what regards commercial F1 hybrids of both crops.